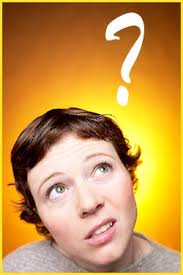 I recently returned from teaching a college course on persuasive speaking. I taught it with a dear friend of mine who works as a lawyer. I taught the class tools actors use to persuade an audience into feeling how he or she wants them to feel and my friend taught persuasion from the legal perspective.

We stumbled on a surprising theme: Even though we are female professors and the class was fifty percent female, generally the women in the class shied away from speaking up and speaking out. The women students also continually undercut themselves in their presentations, despite our efforts to provide them with tools that would empower them to speak assertively.

By talking to the women individually, I found that, for some, there was a battle happening in their mind.

One of my students did a good job of articulated this inner turmoil when she asked me, “How do I embrace my power without coming across as bossy or a bitch?”

Her question, as crass as it may sound, stuck with me, for many reasons. I don’t think that she is alone in suffering from this insecurity. This is not endemic to the classroom.

How many women have had this thought?

Recently, I was at a friend’s dinner party and I sat down with a woman who runs her own business. She asked me what I do and I told her that I am a performance coach who specializes in helping women find inner confidence and exude more authority. Immediately her ears perked up.

She replied: “I could use your help?? I often feel like my clients don’t take me seriously…??? And I don’t know why??”

These question marks are not typos, rather they are my attempt to communicate her precise intonation.

You may have noticed that many women around you present statements with questioning intonations, and if you haven’t, listen for this lilt-up at the end of sentences. (Think classic California, valley-girl speak.) And yes, though women form the majority of offenders, men also upspeak.

Both of the women above lilted-up at the end of their sentences. After further discussion, I also discovered that both held the same inner belief: The belief that if they state exactly what they want, others will be offended.

Why do we, women, think this way?

In The Power of Talk: Who Gets Heard and Why, published in The Harvard Business Review, Deborah Tannen articulated that women, like people from a different culture, have often learned a different speaking style than men. As girls, women tend to play with a single best friend or in small groups. They use language to negotiate how close they are. Girls learn to downplay ways in which one is better than the others and to emphasize ways in which they are all the same.

From childhood, most girls learn that sounding too sure of themselves will make them unpopular with their peers. A group of girls will ostracize a girl who calls attention to her own superiority. Thus girls learn to talk in ways that balance their own needs with the needs of others.

Does this sound familiar?

Women have a natural instinct to use their voice to balance the needs of others with their own, which includes inviting a dialogue as opposed to making statements, and to downplay their own knowledge for the sake of not being ostracized by the group.

The problem is that this habitual “upspeak,” as we call it, and other vocal patterns, can make women come across as less competent and self-assured than they are.

Upspeak can be appropriate for some groups and situations, but not for all. For most people it is a habit from childhood that might no longer be serving us.

So, how can we stop the undercutting, unflattering, upspeak habit?

We can learn from the challenges articulated by the two women above: Embrace your inner power and end your sentences. That’s right, try it out right now. End. That. Sentence. With. A. Period. Not. A question mark. Even if you don’t feel one hundred percent confident in what you’re saying, fake it until you make it. End your sentences and you, and other people, will start to take yourself seriously.

Once you’ve made a few statements, they’ll start to feel less awkward and less aggressive. You’ll start to get used to the way your assertive voice sounds and feels in your body. You’ll also start getting used to the reaction you get from others. They’re not offended, that face their making just means that they heard you.

Click here to find out more about how I can get you off the upspeak train. 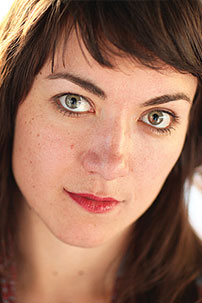 Rebecca is a Professional Actress, Commercial and Voice-over Artist, Director, Educator, and a licensed WholeSpeak Somatic Performance Coach in San Francisco, CA. She received her M.F.A. from The National Theater Conservatory at the Denver Center and her B.A. from Middlebury College in VT. She is an avid student of Iyengar and the ocean. She lives, yogis and surfs in Marin County.